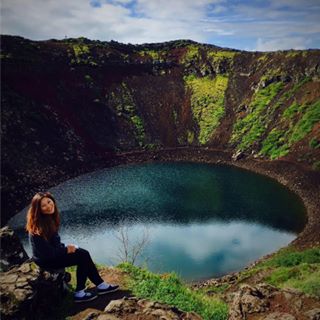 Ok, so I guess this post is a little (maybe a lot) different from what I normally post. But after writing this up for a friend, I thought it might be helpful for other people who had questions about Iceland and wanted a firsthand perspective from someone’s who’s about to leave. Feel free to share this with anyone heading to Iceland soon, it has somehow ended being the hotspot of 2016, and after spending a week here, I can definitely see why!

For your reference, 1 CAD generally equals about 100kr so you can just take 2 zeros off the ticket price. Currently, 1 USD is about 125kr, so if you have some USD saved up, it’s probably better to use those here. 1 Euro is a little more than USD, about 140-150kr.

Normal meals are generally $20-30 USD, nice dinners can be more pricey, and cost you anywhere between $40-100 USD. Taxis are extremely expensive here, but popular when people are heading home after going out on weekends. Tours can be anywhere between $60ish all the way to +$400 for things like paragliding and helicopter rides to the glacier. Overall, you definitely have to budget extra for your trip, Iceland is expensive if you want the full experience and want to go on guided tours. For my week, I budgeted about $1200 (my flight was only $300 CAD, about $260 USD). I probably used about $800 overall. However, it’s worth it to not think about budget if you can! Do things that you want to do and explore this amazing country! Since you’re already here, you may as well have the adventure of a lifetime 🙂

If you’re just staying in Reykjavik, you can get around by foot. You can walk from one side of the city to the other in basically 30 min max, and everything that you’d want to visit is within walking distance including all the museums, the church, the restaurants, the harbor etc. If you want, you can also take a taxi, but they’re extremely expensive (think around 50 dollars for 10-15 min). Otherwise, you can rent a bike from Reykjavik bikes which is on the pier, nearby Elding Adventures, which is one of the biggest whale and puffin watching companies. I would say one day in the city is more than enough, since there’s not really that much to do there other than eat, visit museums and party.

I stayed at Loft Hostel my first 2 nights, which is literally right downtown. It probably has the most convenient location out of all the hostels since it’s extremely central, and close by all the bars and clubs. It’s also on their main street Laugevagur, and you can walk to either direction from the hostel to hit different sites. I would definitely recommend it, but it might be booked up for some of the dates since it’s really popular. I spent about $125 on 2 nights in a 8-person bedroom.

3. Things to do Definitely do the tours if you don’t plan on renting a car! I HIGHLY recommend renting a car and doing the routes yourself because you can stop and hike and see different sites that aren’t on the tour rout. You also get more time to take pictures and go off road etc. If not, here are some must do tours:

Graduated from University of California - Berkeley in May 2015 with a B.A Public Health. Completed medical school in 2018 at McMaster University and currently doing my family medicine residency at Western University. Still learning how to balance academics with extracurricular activities, research, a social life, sleep and life's limitless distractions. So excited to see what adventures lay ahead! Love traveling (I've been to 60 countries!), trying new things like sky diving and shark cage diving, most outdoor activities, trying new foods and restaurants, wine tasting and hot yoga. View all posts by Dr. Ada Gu

The Physician Wellness Movement and Illegitimate Authority: The Need for Revolt and Reconstruction

This is a blog about the clinical years of medical school and my experiences in learning to be a doctor. All of the names are made up and patient demographic info is tweaked here and there. Hope you enjoy! Feel free to comment or ask questions!

The Official Resident Blog of Plastic and Reconstructive Surgery and PRS Global Open, Journals of the American Society of Plastic Surgeons

Medical School and Beyond!

Paging the Life of Student Dr. Kendra One Blog at a Time